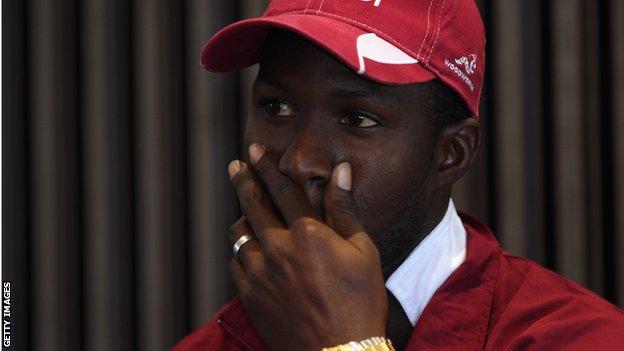 The West Indies' preparations for their Test series against England continue to be affected by problems with fitness, visas and travel.

Only 11 fit players would have been able to take the field in the washed-out opening day's play against Sussex.

Narsingh Deonarine and Assad Fudadin await visa clearance, with Marlon Samuels thought to be returning from a stint in the Indian Premier League.

Meanwhile, fast bowler Fidel Edwards is still a doubt with a back injury.

The knock ensured the 30-year-old missed the third and final Test against Australia last week.

"We have 12 guys here right now, and I think the other three are coming in later this evening," said captain Darren Sammy.

"It's a little bit to do with visas. They're going to be here, and they're not missing anything right now.

"We've not named our XI. They're batsmen, so they could come in and play straight away."

The first day's play at Hove was called off at 1340 BST after heavy overnight rain proved too much for the pitch.

After the Sussex match, the tourists will take on the England Lions in Northampton ahead of the three-Test series which begins at Lord's on 17 May.