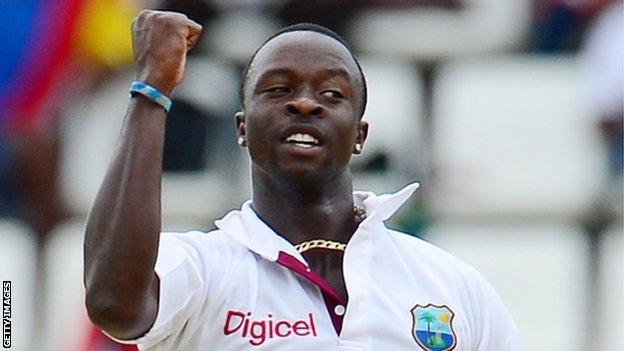 It's easy to get misty-eyed when the West Indies come to town.

Oh for the days when Viv Richards,Malcolm Marshall,Curtly Ambrose and Brian Lara were lighting up the English sporting summer with a thrilling brand of cricket that somehow managed to be relaxed and ruthless at the same time.

For nigh on a decade, the Windies have been in steady decline, with each retiring vintage replaced by an inferior model and the team stumbling from one embarrassing failure to another.

Of the old guard, only Shivnarine Chanderpaul remains, but too often the prolific left-hander has resembled the mythical boy with his finger in the dyke, desperately leading a lone crusade to prevent his team being drowned by the opposition.

While the team are still struggling to win Test matches, and have had a somewhat chaotic time since arriving in England due to rain and visa problems, there are signs that under the captaincy of Darren Sammy they may just be becoming a tougher nut to crack.

Here, former captain Jimmy Adams picks out six players who have never played a Test against England, but could just pose them a problem or two in their three-match series starting at Lord's on Thursday. 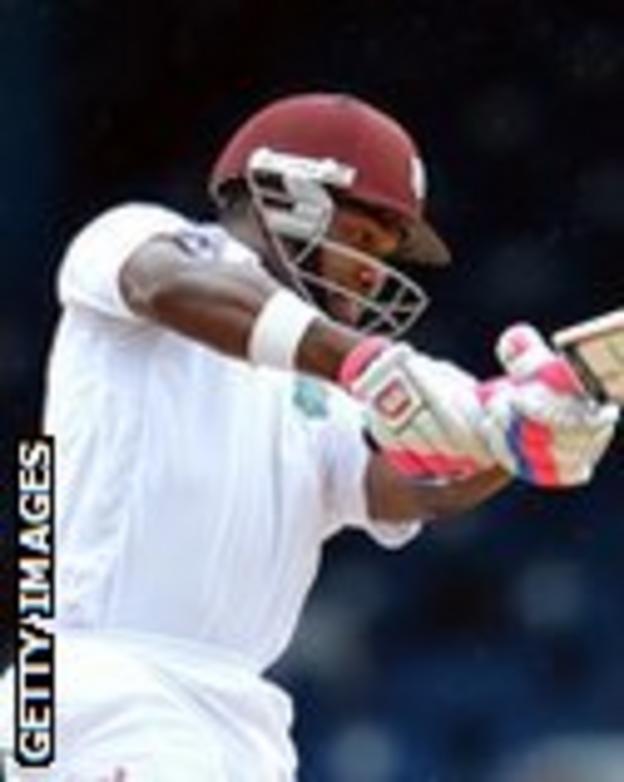 Bravo is Brian Lara's cousin and so far the left-hander's statistics are worthy of comparison with the great man himself. He took 10 Tests to reach three figures, but followed up his 195 against Bangladesh with two fine hundreds against India in Kolkata and Mumbai. Two half-centuries against England Lions were a good start.

Jimmy Adams says: "Bravo has also made a decent start to international cricket and he certainly looks like he has all the raw materials needed to go a long way.

"He has had innings where the runs have flowed but others where he has had to knuckle down, and his hundreds in India were superb efforts.

"I wouldn't compare him to Lara because he doesn't have the same flair, but one of the similarities he does have with Brian is that he is a very driven man. He wants to go far in the game and a Test tour of England this early in his career can only help with that." 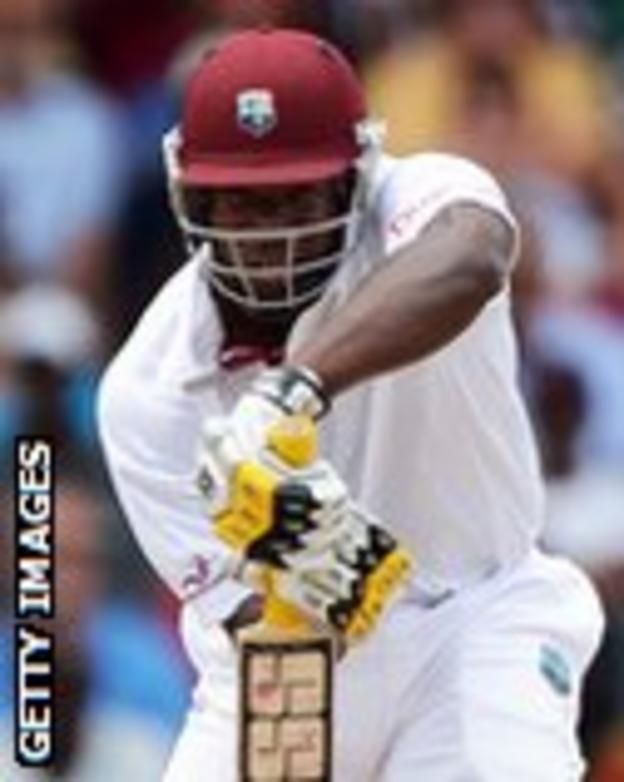 A right-hander who bats at number three, Edwards scored a century on his Test debut against India last year, followed it up with another in his third match, and has passed fifty six times in seven Tests. Failed twice against England Lions.

JA: "Kirk has made a very solid start to his Test career and the fact he has been made vice-captain confirms they are looking at him as a potential leader going forward.

"He will be one of quite a few who will want to move their graph upwards in trying overseas conditions. The England attack at home at this time of year will be testing for anybody but he is definitely one of the players we are hoping to watch progress over the next few years." 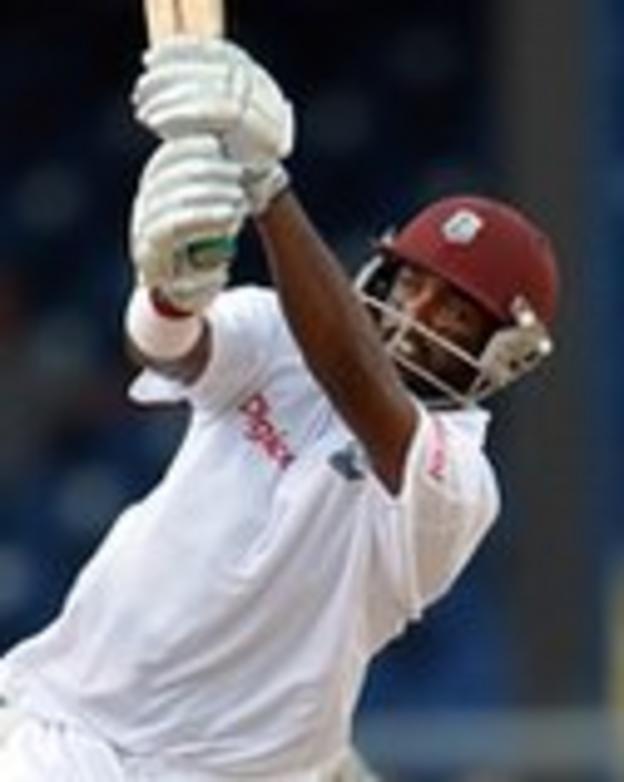 Deonarine, a left-handed all-rounder from Guyana, has been in and out of the side after being given his debut in 2005 when a contract dispute led to seven regulars being dropped. He is yet to score a century in 18 Test innings but took nine wickets against Australia with his part-time off-spin.

JA: "He's not an out-and-out all-rounder, more of a batsman who bowls half-decent off-spin. But he has been a consistent scorer in domestic cricket in the Caribbean in the last four or five years and seems to have put concerns over his fitness to bed.

"He was given his chance in the Australia series because of Marlon Samuels's Indian Premier League commitments, but the fact they have kept him in the squad now Samuels is back suggests he is performing well." 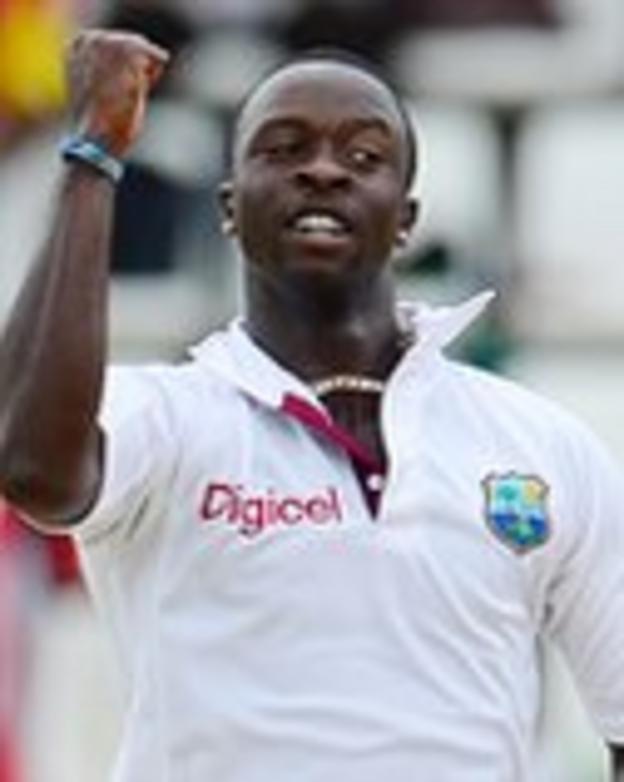 The great young hope of West Indian fast bowling, Roach took 13 wickets in his first two Tests and grabbed the limelight in Perth in 2009 when he forced Ricky Ponting to retire hurt after slamming a bouncer into his elbow. Roach claimed his first 10-wicket haul against the same opposition in Port of Spain last month.

JA: "Kemar has been developing nicely over the last three years. He has pace and is learning the game very quickly in all formats.

"He was left out for a few Test matches last year when they opted for Fidel Edwards and Ravi Rampaul, but at this point in his career he is improving all the time.

"He has a good attitude and he asks questions of batsmen in all conditions. He has enough pace to trouble batsmen in any conditions. He's not a big swinger of the ball but he is developing a level of consistency that could make him even more of a handful." 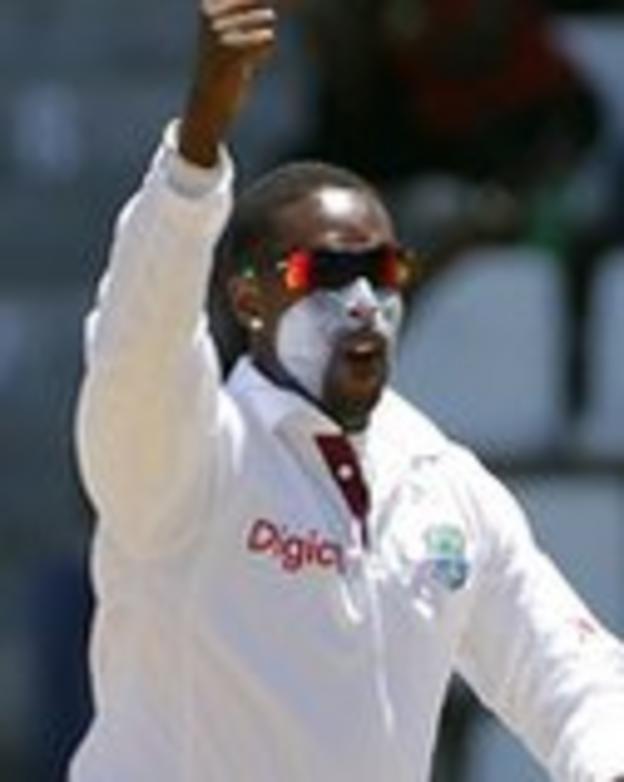 A latecomer to Test cricket, off-spinner Shillingford played series against South Africa and Sri Lanka in 2010 before his action was deemed illegal. After remedial work, he returned to the side against Australia and took 10 wickets in the last Test in Dominica.

JA: "Shillingford is a good bowler who bowls a handy doosra and is capable of troubling most players. He is part of a good stable of slow bowlers we are building with Sunil Narine and the young leg-spinner Devendra Bishoo.

"Shane has been given the nod for the Test series and it will be a good experience for him. He may not find the pitches as conducive as he did the ones in the Caribbean for the Australia series or in Sri Lanka last year. He's young but very exciting and he will have an important role to play in England."

A powerful, young bowler who has been called into the squad for the first time after impressing for Trinidad & Tobago.

JA: "He is a very exciting prospect with genuine pace. He came into first-class cricket about three years ago and has been part of the West Indies Cricket Board's High-Performance programme for two years.

"He looks better and better every time he plays for Trinidad or the high-performance squad and I agree it's time now to expose him to cricket at international level.

"He is definitely one we should be investing in and, if he continues with the attitude he has, I see no reason why this England tour should not be part of his ongoing development."

"I think England will start as favourites and it will be a real battle for Windies' inexperienced batting line-up.

"Over five days the gap between both teams will become evident, but for me it's more important that we continue to progress and an England tour will be a huge part of that development."