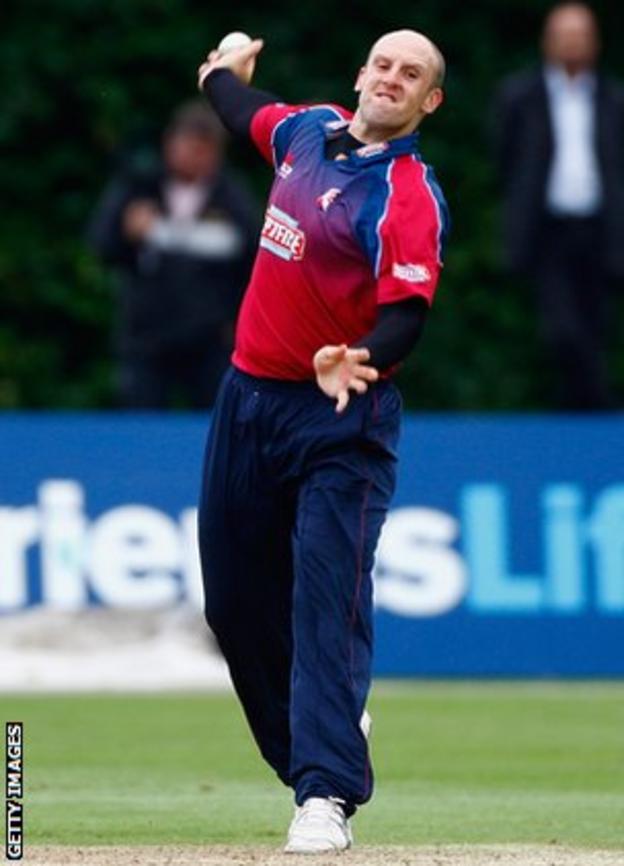 Kent off-spinner James Tredwell has denied they are taking the CB40 competition lightly by blooding youngsters.

Alex Blake and Sam Billings both made their first starts of the season in Sunday's four-wicket win at Yorkshire.

Tredwell told BBC Radio Kent: "They are in our squad and we see them as the best options in one-day cricket.

"We've a deeper squad so we have the option to rest a few but not forego any strength in the side in doing that."

In recent years, Kent have used the shorter format of the game to give first team experience to some of their academy products and fringe players.

Daniel Bell-Drummond, Matt Coles and Adam Riley have all benefited from limited overs cricket before making their first class debuts.

Reserve wicketkeeper Billings equalled his highest one-day score with 26 at Headingley, whilst Blake has made 58 and 97 in friendlies this season.

"That's an interesting one isn't it?" said the England spinner. "He's obviously a quality cricketer.

"He'll make his way into the side in some way but it's our job to try and keep him out.

"Bilbo (Sam Billings) did well last year and made of couple of decent starts in a couple of games.

"Hopefully he'll grow into that role. He looks very good at the moment."

Kent's win on Sunday also extended their unbeaten start to the season, something Tredwell believes they could continue.

"At the start of the year, we go to win every competition," he said. "You want to go the whole year unbeaten if you can.

"You can't look at what's gone or what's coming up, you've just got to take it every ball, every session at a time.

"If we keep playing the cricket we have been, we will not lose more games than we do."

Kent return to action in the County Championship on Wednesday against Essex. Full website commentary will be provided by BBC Essex from 11am every day.