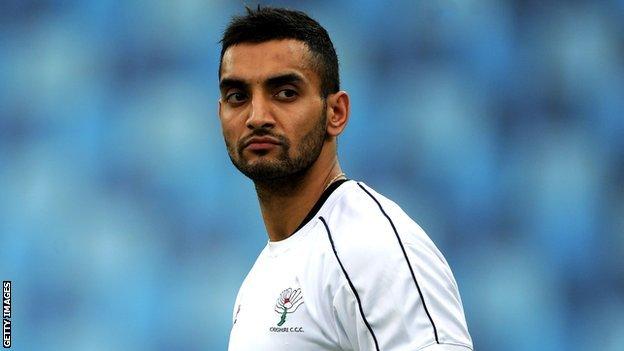 Ajmal Shahzad's Lancashire debut was delayed as day one of their County Championship match against Sussex was abandoned without a ball being bowled.

England bowler Shahzad, who joined on loan from Yorkshire, is set to make his first appearance for his new county.

But a soaked outfield at Hove caused umpires Mark Benson and Nick Cook to call off play early in the afternoon.

County champions Lancashire are aiming for their first Championship win of the season after a draw and three defeats.

Sussex have only played for 42.1 overs in the past six days of first-class cricket at Hove.

Only 8.1 overs were possible on the final two days of their last Championship game against Warwickshire and the tour match against West Indies saw only 34 overs in three days.

"In a word, depressing. More rain is forecast for tonight and with the outfield already saturated, prospects for play tomorrow already look bleak.

"However, on the plus side this ground does drain quickly, so let's hope the weathermen have got the forecast wrong."