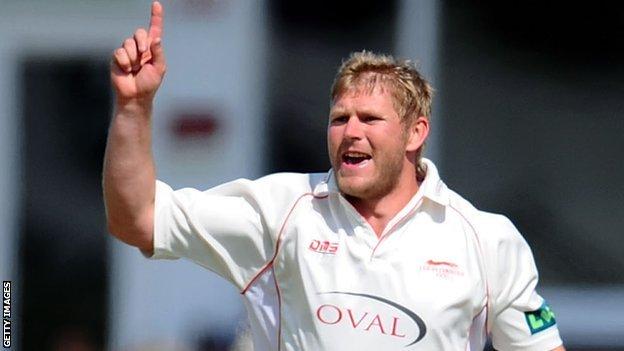 Matthew Hoggard marked his return to action with a wicket in his second over before day one of Leicestershire's game against Northants was ended by rain.

Stephen Peters (32) and Kyle Coetzer added 73 before Peters and David Sales were caught behind off Robbie Joseph.

Northants reached 99-3 in the 32nd over, with Coetzer 43 not out, but no further play was possible.