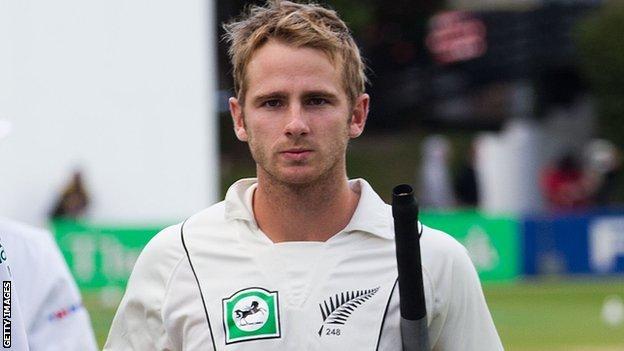 Kane Williamson gave Gloucestershire a positive start against Yorkshire as Bristol saw some Championship cricket action for the first time this summer.

After the loss of day one and a total washout in the previous game against Glamorgan, play began at mid-day.

Dent fell lbw to Steve Patterson for 62 but Williamson was unbeaten on 89 in Gloucestershire's 165-2 at stumps.

It was a cold, blustery day which made conditions difficult for fielders and Williamson was dropped on two by Gary Ballance at first slip, while Dent edged Bresnan between Ballance and keeper Gerard Brophy.

There were also three interruptions for rain, but Gloucestershire had reason to feel satisfied at the close, with New Zealand Test batsman Williamson just 11 short of following his 128 against Derbyshire with another century.

Team-mate Graeme McCarter, meanwhile, was awarded his county cap after an impressive performance in the CB40 game against Middlesex earlier this week.