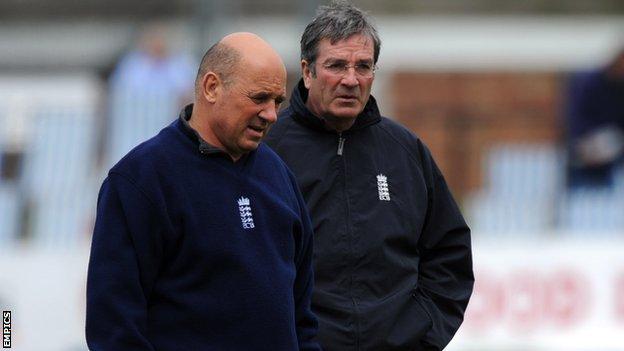 Sussex and Lancashire were unable to persuade the umpires to start play as day three of their game at Hove went the same way as the first two.

Captains Michael Yardy and Glen Chapple were keen to get under way with rain replaced by drying winds and sunshine.

However, match officials Mark Benson and Nick Cook remained worried about the damp condition of the outfield.

They abandoned proceedings after a 1500 BST inspection but a dry forecast means there should be play on the final day.

"We have a responsibility to the players, it is very wet underfoot," umpire Benson told BBC Radio Lancashire.

"There's a whole area at both sides of the pitch, it's just not practical.

"The captains were keen to play but I think we'd be doing an injustice to them by expecting them to field in conditions like this.

"The surface water has gone but underneath the water table is so high and as soon as you step on it, the water starts coming up."

Home skipper Yardy admitted both he and Chapple wanted to start the match, but told BBC Sussex: "The umpires are in control of players' safety and we respect their decision."