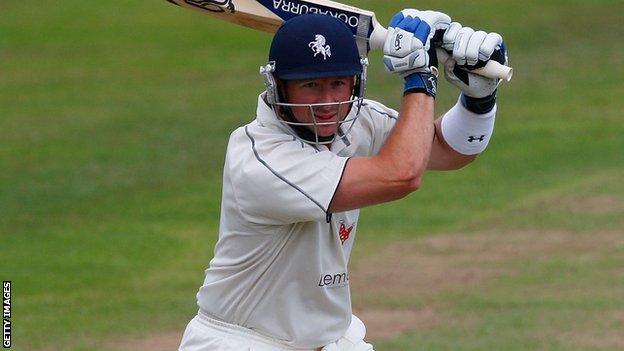 Cook made only one in Essex's reply as they closed 131 runs behind on 94-2, with Mark Pettini unbeaten on 61.

Bopara has a strained quad and went to hospital for a precautionary scan.

Bopara, likely to be named in England's squad for the first Test against West Indies, bowled one over before lunch and did not return after the interval.

He returned before the tea break, but went for a scan at the close.

After Essex slumped to 3-2, Pettini and Billy Godleman (27 not out) put on an unbroken stand of 91 for the third wicket.

But it was more frustration for Cook, who made nine and five in his first Championship appearance of the season against Glamorgan last week.