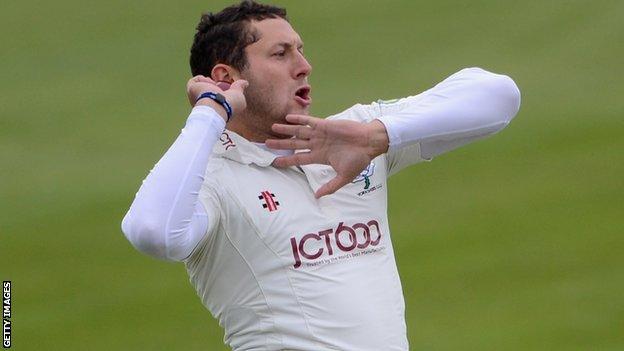 Yorkshire captain Andrew Gale agreed to forfeit his team's first innings to set up a final-day run chase against Gloucestershire at Bristol.

Kane Williamson, unbeaten on 89 when Gloucestershire resumed on 165-2, had moved to 111 when England all-rounder Tim Bresnan had him caught behind.

The forfeit and an early second-innings declaration left Yorkshire 400 to win and they closed on 30-1.

It was an unedifying sight at the end of Gloucestershire's first innings as Gale brought himself and Adam Lyth on to bowl, the pair conceding 52 runs in just over three overs.

But normal cricket returned once the Yorkshire innings began and after Adam Lyth had been dropped at first slip, opening partner Joe Sayers departed for one as he prodded forward to a ball from Will Gidman and was taken by the keeper for one.