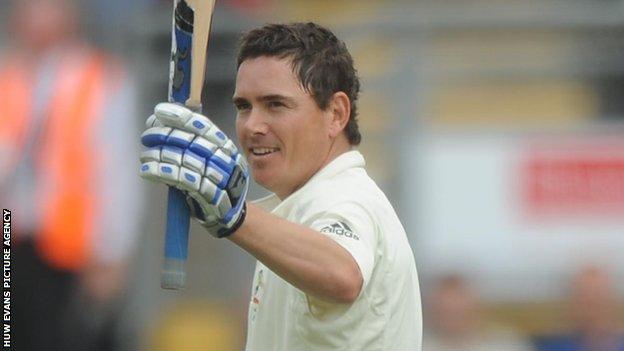 Only 6.5 overs were possible in Glamorgan's rain-affected CB 40 clash against Scottish Saltires at Uddingston.

After being put into bat the Saltires had reached 25 for one before the rain arrived.

The one wicket to fall was Josh Davey who was lbw to Simon Jones.

The umpires - Nigel Cowley and Steve Gale - called off the match off at 5pm with no play possible. Each side takes one point.

Glamorgan, who were without Jim Allenby with a back strain, were hoping to bounce back from their opening 48-run defeat in Hampshire on Bank Holiday Monday.