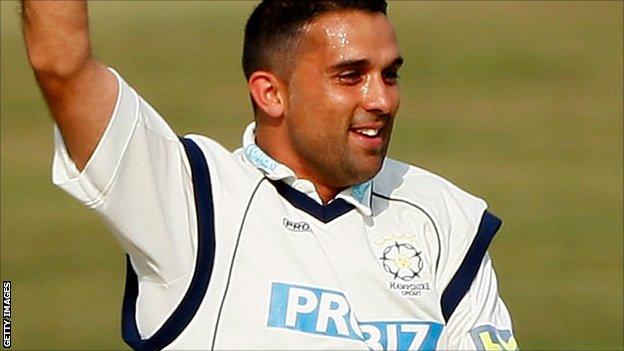 Hampshire seamer Kabir Ali will return to the scene of some stark England memories on Wednesday as his side face Yorkshire in the County Championship.

Ali made his one-day debut for England at Headingley in 2003, followed by what has proved to be his only Test match.

His most recent England appearance was also at Headingley in 2006, when he conceded 72 runs from six overs.

"It holds a lot of great memories, I'm very pleased with the Test I played there," Ali told BBC Radio Solent.

"The one-day international in 2006 wasn't the best for the bowlers against Sri Lanka," he continued.

"That is all in the past, it's all good, I enjoy playing and bowling there and I'm looking forward to it," added Ali, who claimed five wickets on his 2003 Test debut against Sri Lanka at Headingley.

The former Worcestershire paceman returned from a pre-season ankle injury by taking three wickets for Hampshire in the rain-affected draw with Derbyshire last week.

Left-arm seamer Chris Wood is also in contention for a recall.

And despite his last international performance not going to plan there, Ali is looking forward to his return to Leeds.

"I took nine wickets in our County Championship game there last season, and conditions are normally helpful, so hopefully I can turn my recent three-fors into five-fors".