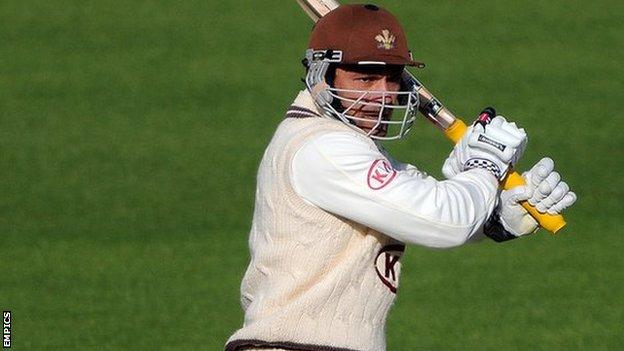 Surrey have dropped batsman Mark Ramprakash for Wednesday's County Championship match against Somerset after a poor start to the season.

The 42-year-old was dismissed for a pair, only the third of his career, against Worcestershire last week.

The former England player has scored 62 runs in eight innings this season.

"Mark has had a tough start to the season and has not made the impact with the bat he would have wanted to," said Surrey director of cricket Chris Adams.

"But you do not score the amount of runs that Mark has without knowing your own game and I know he will work hard to find his form again," he added.

"The challenge now for Mark is to push hard to regain his place for the remainder of the season."

Ramprakash, who has 114 first-class centuries and averages 53.23 with the bat, last month described the batting conditions in England as the worst he has faced in 25 years as a professional.

After being dropped, he tweeted: "Very disappointed to be left out of the Surrey team for both 1 & 4 day cricket. I'm fit/healthy & want to play. Wish the boys every success."

Seamers Jade Dernbach and Stuart Meaker are available again for Surrey after playing for England Lions last week, while Kevin Pietersen is on England duty.