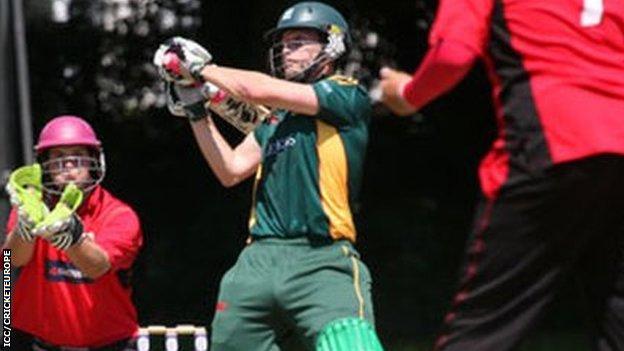 Guernsey recorded their first win of the summer after beating Canada by five wickets in a Twenty20 international at Hove.

In reply Ross Kneller got 32 off 20 balls while Jeremy Frith scored 27 and captain Stuart Le Prevost made 25.

Guernsey reached their target with five balls to spare.

Carl Shankland was the pick of Canada's bowlers taking two wickets for 20 runs.