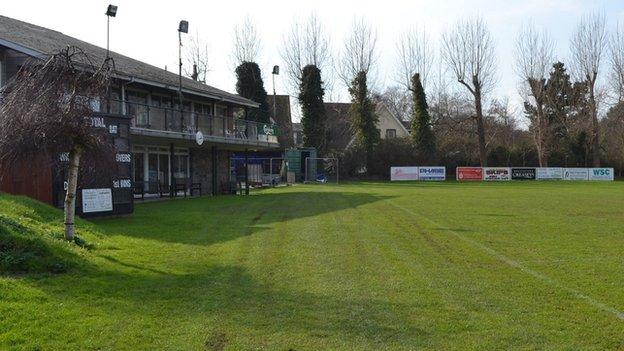 The head of Guernsey's Cricket Board hopes upgrading the King George V Fields result in first-class cricket being staged on the island.

A £3.5 million plan to has been unveiled by the Guernsey Sports Commission.

"We've got links with Sussex, we know they're keen to try and host a first-class game over here."

Latter believes improved practice and changing facilities are the key to encouraging bigger games to the island.

"We can seriously talk about hosting games for Sussex and maybe even get to the stage where we can even consider one-day international status," he told BBC Guernsey.

Because of the board's ties with county side Sussex, the island's side will play a one-day match against Canada at Hove on Friday.

Latter added: "We've already hosted a World Cricket League tournament, the next stage is to try and host countries who are high above us in the ICC system.

"We're playing Canada at Hove, why can't we play that in Guernsey in the future?"