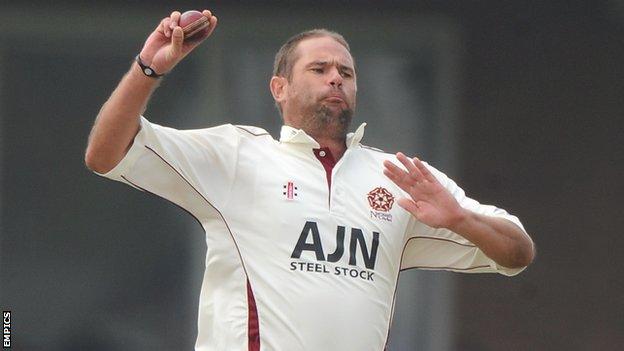 Kent made a faltering reply to to Northants' first-innings on the second day as they closed 295 runs behind.

David Sales (140) and James Middlebrook (73) had earlier made a fifth-wicket stand of 205 for the visitors.

David Willey added a career-best 64 from 85 balls before his side were bowled out for 418.

"More aggressive than yesterday, the two huge partnerships frustrated Kent's bowlers, whose visible display of anger and anguish demonstrating how the visitors got under their skin.

"Rob Key put his recent first-innings demons behind him with the perfect controlled approach, making his wild waft of a dismissal to former team-mate Andrew Hall all the more perplexing.

"A couple of early wickets for Northants in the morning and they'll sniff a victory. For Kent, it's another gritty defence needed."