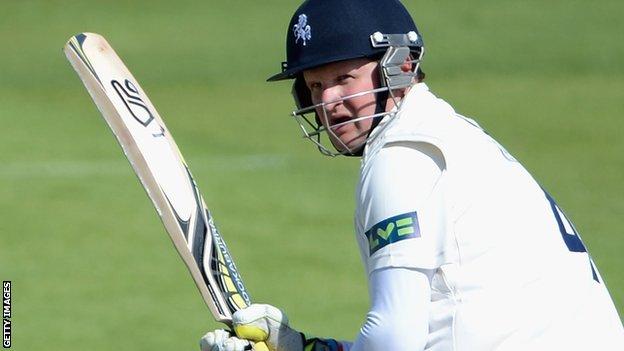 Kent remain undefeated in this season's County Championship after their game against Northants ended in a tame draw.

The hosts declared on their overnight first innings score of 280-6 before Northants made 123-0, James Middlebrook scoring 64 and Stephen Peters 54.

Kent were set a target of 262 to win off of 60 overs but they only reached 110-1 before both sides called a halt to the action with 43 overs bowled.

Rob Key was unbeaten on 54 not out and Ben Harmison on 26 at the conclusion.

The only wicket to fall on the final day came 16 overs into Kent's second innings when Scott Newman missed an attempted sweep against James Middlebrook and was trapped lbw.

Kent have now won one and drawn five of their six Division Two games this season, while Northants are unbeaten in four matches since beginning the campaign with two defeats.