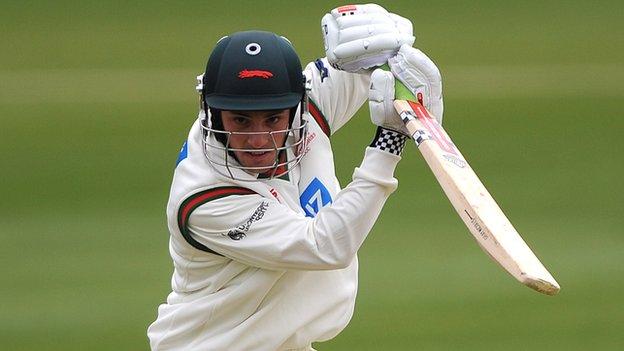 Leicestershire's Division Two match with Essex ended in a draw despite both sides' efforts to make a game of it.

After resuming on 148-3, Leicestershire smashed 158 runs in 7.3 overs at Grace Road, sparked by Ramnaresh Sarwan's 98.

Starting the day on 61, Sarwan fell two short of a century, caught at mid-wicket by Tymal Mills off Pettini.

Eckersley and White then hit six sixes between them in an unbroken stand of 77 as they cashed in on the declaration bowling, but the weather had the final word.