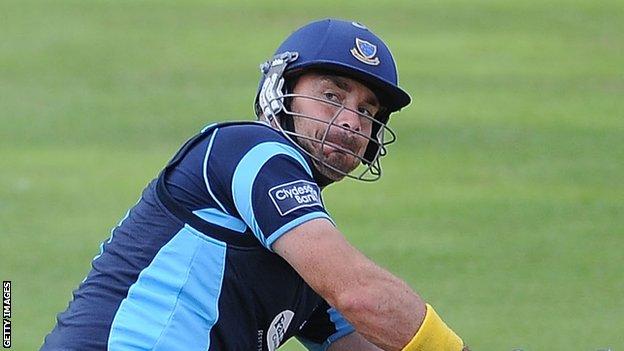 Sussex captain Michael Yardy is delighted with the early-season performances of his side's bowlers.

New signing Steve Magoffin has taken 15 wickets at an average of 19.13 while James Anyon already has 18 scalps.

Yardy told BBC Sussex: "The bowlers, as a unit, are performing really well. They beat the bat consistently in both innings against Worcestershire.

"If we continue this way of playing cricket I'm sure we'll come out on top in a lot of games."

The 31-year-old added: "We've got a few new guys who are getting used to the conditions at Hove.

"We're in a good place at the moment. It's now about converting performances into wins for the team."

Goodwin, 39, averaged 52.76 in the County Championship last year but has only scored 38 runs in his seven innings in four-day matches in 2012.

"Muzz isn't scoring at the rate of runs we're used to but he'll make it up at some point in the season," Yardy continued.

"I know the quality player he is, as does everyone at the club.

"His record suggests that he is due a score. We're ready for that to come."

Sussex face Yorkshire in 40-over competition on Thursday then entertain Nottinghamshire in the County Championship, beginning on Friday.