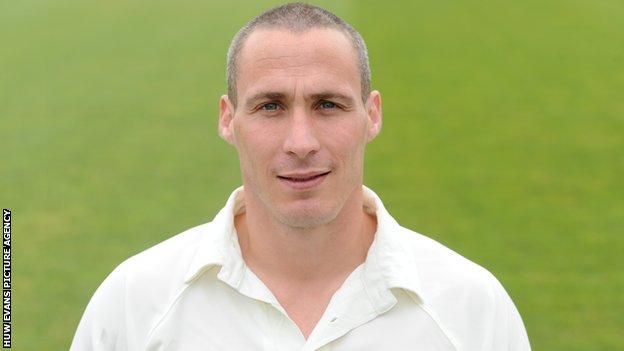 Glamorgan have left out Simon Jones for their County Championship clash against his old club Hampshire starting at Southampton on Wednesday.

The ex-England bowler made his first four-day appearance for a year in the Welsh county's defeat at Derby.

Jones, 33, makes way for Alex Jones, who has yet to figure this season for the first team.

Stewart Walters was due to replace Nick James but has pulled out for personal reasons.

Meanwhile, James Harris has made a return from a groin injury to play for Glamorgan seconds at Bristol.

Glamorgan travel to Hampshire having lost four of their five completed Division Two matches so far this season.