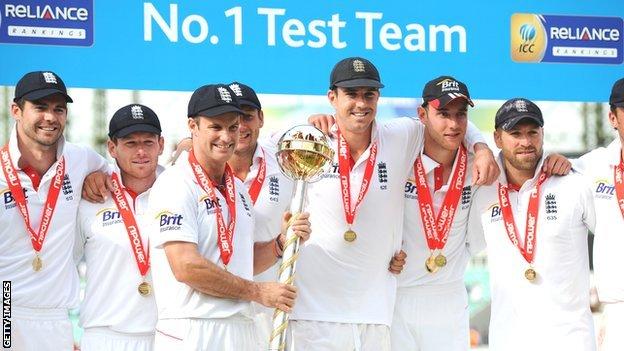 The squad will embark for three days of training in Dubai on 25 October, before flying to India five days later. The first Test starts on 15 November.

After the Tests and Twenty20 matches, they will travel home for Christmas and then return for the one-day matches.

The first 50-over game begins on 11 January, with all five clashes set to be day-night encounters.

"This will be England's first full tour of India since 2008 and I am sure that cricket fans in both countries will be eagerly anticipating an exciting series of contests in all three formats of the game," said the managing director of England Cricket, Hugh Morris.

"ECB will also be seeking to finalise an England Performance Programme camp in India before Christmas which will help prepare members of both our Test and T20 squads."

However, Andrew Strauss's side have struggled in subsequent tours of the sub-continent, losing 3-0 to Pakistan in the United Arab Emirates before drawing the two-Test series in Sri Lanka.

England will be looking to take momentum into the winter following home series with West Indies and South Africa this summer.

They got off to a winning start in the first Test against the West Indies, beating them by five wickets at Lord's.