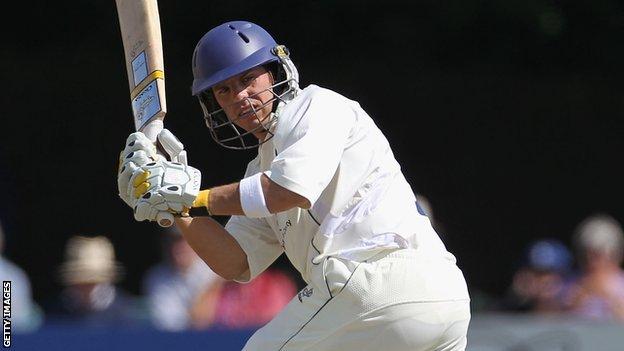 Wes Durston hit his second Championship century of the season as Division Two leaders Derbyshire gained the upper hand against Essex at Chelmsford.

He eventually fell to leg-spinner Tom Craddock, who claimed 5-96, but Tom Poynton weighed in with an unbeaten 50 off 35 balls before they were all out.

Tim Groenewald then removed both Essex openers as they reached 46-2 at stumps.

Alviro Petersen was caught at second slip, a carbon copy of his first-innings dismissal, and Tom Westley also edged into the cordon soon after, leaving Owais Shah and Mark Pettini to hold things together over the remaining 16 overs of play.

However, despite their defiance, Derbyshire will be hopeful of forging on to their fourth victory of the season.