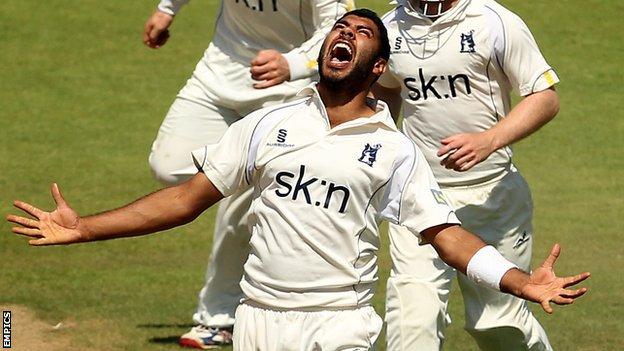 Warwickshire require 41 runs on the final morning to beat Surrey at The Oval and go top of the Championship, while the hosts need five wickets.

But William Porterfield hit 66 and Tim Ambrose 74 not out to see their side to 181-5 at the close.

"It would probably have been more fitting if this excellent match had reached a conclusion without drifting into a final day but since finding themselves 37-4 Warwickshire have gone about their task sensibly.

"They've been successful this season at building century partnerships and the one between Porterfield and Ambrose was their eighth of the season.

"Don't rule out further twists in this drama but with the depth of Warwickshire's batting they should have enough to see their way to an impressive and important victory.

"It'll be tough on Gareth Batty to finish on the losing side after taking ten wickets in a match for only the second time in his career."