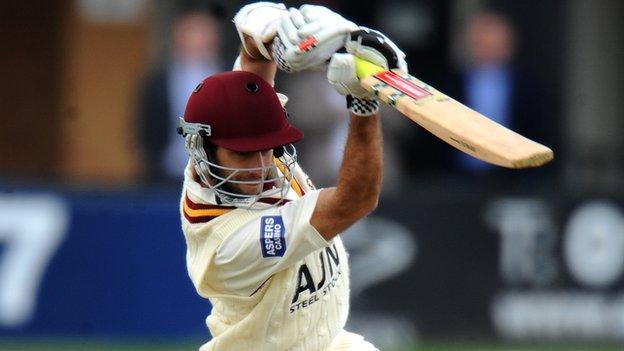 Northants will need to take 10 Gloucestershire wickets on the final day to claim victory at Northampton.

The hosts go into the final day with a lead of 389 runs as they are currently on 246-5 in their second innings.

Earlier in the day, Gloucestershire, who resumed on 156-6, reached 268 with Hamish Marshall unbeaten on 117 as he made his first century of the season.