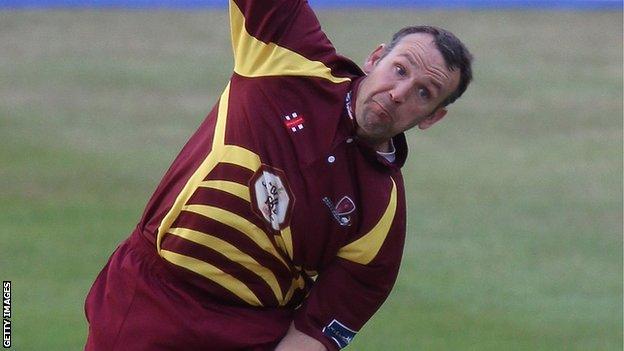 James Middlebrook left it late to complete Northants' second County Championship win of the season with a 121-run victory over Gloucestershire.

Having declared on their overnight score of 246-5, Northants set the visitors a daunting 390 to win.

Despite half centuries from Benny Howell (70) and Hamish Marshall (68), Gloucestershire failed to hold out.

Middlebrook (5-63) took the last wicket with just two minutes left, as the visitors were bowled out for 268.

Liam Nowell was trapped leg before by the former Yorkshire and Essex spinner, who also batted to good effect earlier in the match at Wantage Road, hitting 121 as an opener.