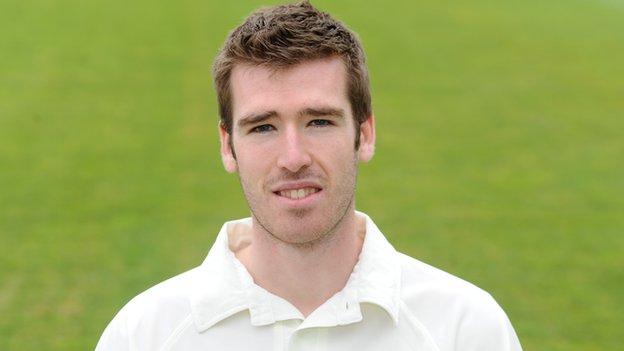 Glamorgan remain rooted to the bottom of the LV County Championship but head of elite performance Matthew Mott was encouraged despite defeat to Hampshire.

The Welsh county went down to a 31-run defeat at Southampton - their fifth in six completed games.

But the Australian chose to take the positives out of a better all round performance.

"We were just one partnership away from nailing it and hopefully learn a few lessons," said Mott.

"And we'll be better for it against Leicestershire next week.

"[It was a] very dejected dressing room. We thought this was a game to be won.

"It wasn't to be. But certainly a lot of positives and a lot of fight shown, and it was a step in the right direction."

As well as poor form Glamorgan have also been hit by injuries to some of their key players like James Harris and Graham Wagg, as well as being without Stewart Walters on personal grounds.

"We [have] certainly had our share of injuries going into this game," said Mott.

"And you can look at it both ways. You can worry about the injuries that have happened or you can get excited by the opportunities it gives younger guys

"A couple of those guys came out of this game with their heads held very high."

One player who came out of the match with a lot of credit was 22-year-old seamer John Glover, who recorded figures of four for 76 and three for 45.

"I thought he [Glover] was outstanding. I spoke to a couple of opposition players who were very impressed with him and actually asked where we had been hiding him."

Glamorgan are in Championship action again against Leicestershire at Cardiff starting on Tuesday and will be hoping to include Harris for his first game of the season after coming through a second team match at Bristol.