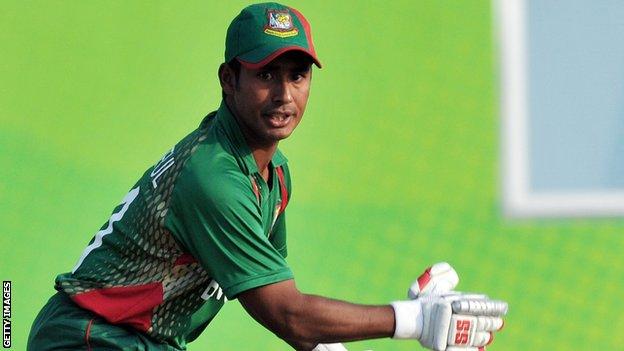 The 27-year-old is currently playing for Blackheath in the Kent League but Adams insisted no decision had been made on a second overseas signing.

"A lot of issues to do with T20 are still under discussion, that being one of them. We haven't made a decision."

He added: "There are always financial considerations to take into mind but at this point, we know he's here, we know what he's capable of and it's an ongoing discussion."

The right-hander has played 57 Test matches for Bangladesh and captained the side 13 times between 2007 and 2009.

He has scored 144 runs in three games for table-toppers Blackheath in the Kent League Premier Division, including 100 versus Bromley last week.

But with the FL t20 campaign still two weeks away, Adams feels that the side have plenty of time to reach a decision.

"In terms of logistics, you have about three or four days before you kick off because of the paperwork that has to go through the ECB [England and Wales Cricket Board]," he said.

Kent already have Jamaican Brendan Nash signed up for the 2012 season but are permitted a second overseas player for the Twenty20 tournament.