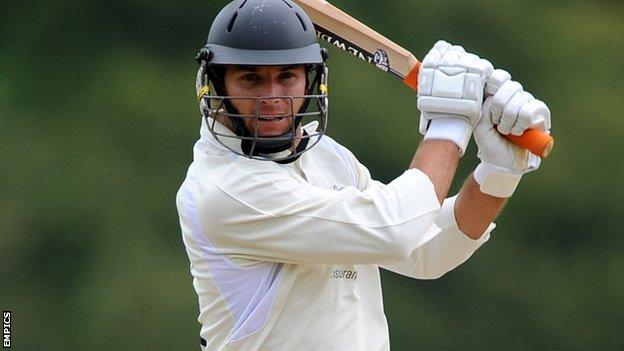 Glamorgan's bid for their first victory of the season was hampered by a rain-hit opening day against Yorkshire.

The hosts reached 117-3 before wet weather brought an early end to play at Colwyn Bay, with only 34 overs bowled.

Stewart Walters (37 not out) top scored for Glamorgan, with Gareth Rees adding 35 and Will Bragg dismissed for 20.

Australian fast bowler Mitchell Starc claimed two of the wickets to fall, trapping Rees lbw before having Bragg caught behind by Gerard Brophy.

Glamorgan are the only county side to have failed to win either a County Championship or CB40 match so far this season, while Yorkshire are second in Division Two.