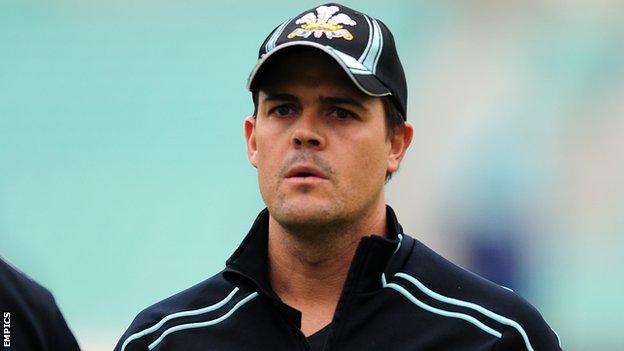 Jacques Rudolph believes great things lie ahead for the current Surrey side.

The South Africa batsman made his final appearance for the Oval side in the Championship defeat by Warwickshire.

The 31-year-old told BBC London 94.9: "The way the guys play their cricket, and we've seen it in one-day competition, is quite remarkable.

"In two or three years time, when some of the younger players have gained more experience, I think this will be a serious Championship-winning team."

He added: "This team has got a different feel to the ones I played against a couple of years ago [with Yorkshire]."

Rudolph admits that his average of 22.90 in his five County Championship games was below par, but he is in a positive mood ahead of a summer of international duty with South Africa, including a two-Test series against England starting in July.

"In my six years of playing county cricket, this has possibly been the most difficult April and May I've had," he continued.

"It was a good challenge for me although I didn't score the runs I'd have liked to.

"I've got to take the lessons from this and re-assess where I am with my game.

"I'm looking forward to getting myself fresh for the upcoming series with England."