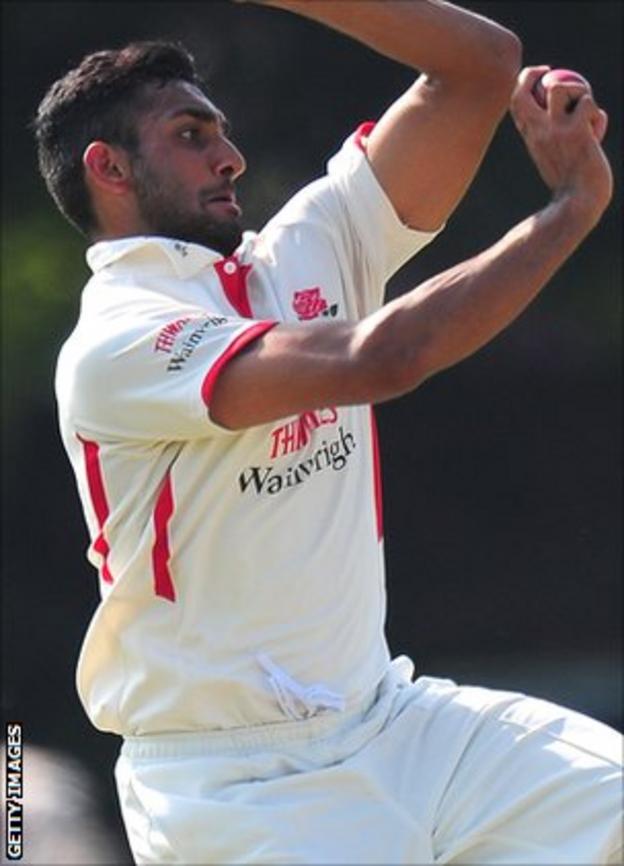 Lancashire bowler Ajmal Shahzad has said he has settled quickly into life at Old Trafford following his switch from Yorkshire earlier this month.

He has taken eight wickets in three first-class games for the Red Rose, but has so far been unable to inspire them to a first four-day win of 2012.

However, the 26-year-old has been pleased with his early form.

"It was a tricky period trying to settle in but it happened seamlessly," he told BBC Radio Lancashire.

"I've got a few friends here, Saj Mahmood being one of the main ones. It allowed me to fit straight into the squad.

"The three days that we had rained off at Sussex gave me time to get to know the guys and establish myself a little bit.

"Then I got my chance with the ball and that was my time to show what I'm all about. If I put the performances in on the pitch, fitting in becomes a lot easier."

Pace bowler Shahzad, who has played one Test for England, has also praised the team spirit and togetherness within the camp, despite a shaky start to the defence of their County Championship title.

"We had three tough days at Warwickshire and none of the boys went their own way," he continued.

"I was upset to give my wicket away as I did and I went upstairs to have five minutes to myself. The physio said 'come and join us on the balcony' and it was so nice to feel wanted.

"The dressing room is a very refreshing and joyful place to be at the moment and I'm happy to be part of it.

"There's a lot of cricket coming up and I just want to play. You play each game as if it's your last.

"I just need to keep putting in the performances and keep giving the coach (Peter Moores) a nudge to carry on picking me."

Lancashire suffered their first CB40 defeat of the season on Monday, losing by one wicket to the Netherlands.