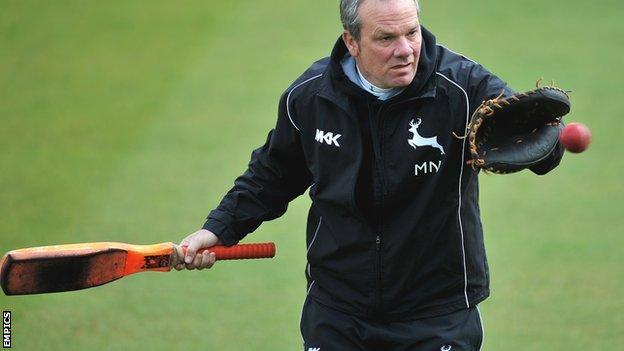 Nottinghamshire director of cricket Mick Newell insists he will not quit to take over as Bangladesh coach despite being approached about the role.

He has been consistently linked with the job following Stuart Law's decision to move on and Newell has said he would love to coach at international level.

Newell, 47, confirmed he had been contacted by an agent about the job.

But he told BBC Radio Nottingham: "I will not apply for the job at this stage. I feel it's not the right time."

Newell, who has led Notts to the top of the County Championship table this season, added: "I would love to look at it in the future, perhaps when I am a little bit older.

"One of the reasons is I have young kids and I don't think it's fair to separate myself from them for such a long period of time.

"If you are going to do an international job in another country then you have to commit for long periods of time in that country and, at the moment, the timing is just not right."