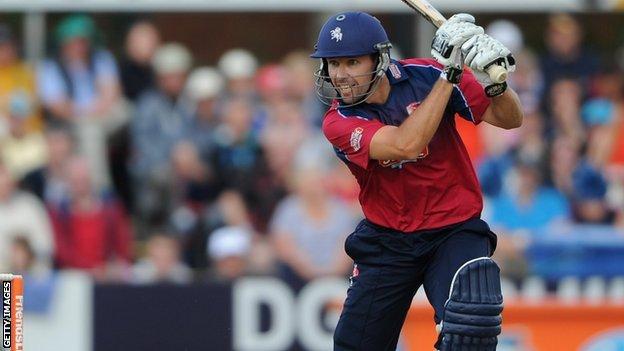 Glamorgan signing Martin van Jaarsveld says he has his wife to thank after linking up with the Welsh county.

The 37-year-old batsman has joined Glamorgan after winning the domestic double with Nashua Titans in South Africa.

Van Jaarsveld said he opted for Wales as his wife wanted to spend time with relatives in the United Kingdom.

"The missus, because she is from Accrington, wanted to come over and spend time with family," he said.

I think after the break in South Africa, that's really helped me a lot and I'm looking forward to the T2O competition now

"She was looking at it for two months so I thought 'If she's going to do that I might as well throw my name around and play some cricket'.

"I asked my agent to speak to a few counties and Glamorgan were interested. The rest is history."

Glamorgan initially signed Van Jaarsveld for the T20 campaign, but he could play in the county's Clydesdale Bank 40 match against Surrey on Saturday, 2 June and the Durham Dynamos on 11 June.

He will also be available for selection in Glamorgan's LV County Championship match against Yorkshire at Colwyn Bay, which begins on 6 June.

He played nine Tests for South Africa between 2002 and 2004, and represented his country in 11 one-day internationals during the same period.

The veteran batsman recently won the Super Sport Series and the T20 Championship with Nashua Titans, who are coached by former Glamorgan player and coach Matthew Maynard.

"I think it maybe was a case of cricket fatigue," said Van Jaarsveld of his decision to cancel his deal with Leicestershire.

"I've played so much cricket over the last few years and I find it particularly tough in South Africa, especially the four-day cricket.

"I phoned them [Leicestershire] and said 'look, this is where I'm at'.

"But I think after the break in South Africa, that's really helped me a lot and I'm looking forward to the T2O competition now.

"It's definitely the way forward and the right move for myself."