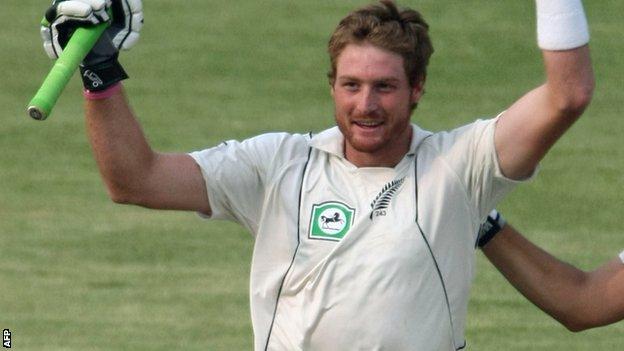 The New Zealand batsman has played a key role in helping Derbyshire race clear at the top of Division Two of the Championship, but his stint ends after Monday's CB40 game with Warwickshire.

"Martin's been immense," Krikken said. "To average 50 plus in the Championship and score the runs he has in one-day cricket too has been super.

"He hits the ball as cleanly as anyone in world cricket at present."

Australian batsman Usman Khawaja will replace Guptill for the second half of the season.