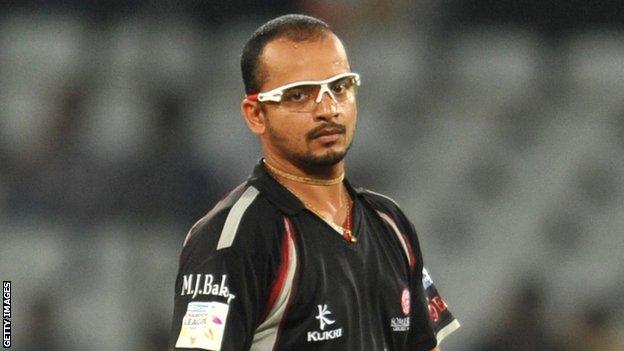 Murali Kartik says he is looking to impress after joining up with Surrey for the rest of the season.

The former Middlesex and Somerset spinner has been playing in the IPL.

Kartik, 35, told BBC London 94.9: "As an overseas player, people expect a few things of you. It's an aim to sustain my performance from day one.

"The county structure takes a lot out of your body and I've been doing it eight seasons in a row. For me, I see it as a challenge."

The left-arm bowler joins after spending the last two seasons with Somerset and will represent the Oval side in all three formats of the game.

After the club won promotion to the first division of the County Championship and the CB40 title last season, Kartik is targeting further success during his time with the Lions.

"It's a new challenge coming to a new club," he added.

"I want to be part of a very successful side. You want to play cricket where every day is meaningful to keep the competitive juices flowing."

The former India international also hopes he can help to nurture the younger members of the squad.

"I think as a senior bowler and an experienced spinner, it tends to calm a few of the free-spirited young guys," Kartik continued.

"They know they have the talent but sometimes you have a role of a mentor and have an arm around a player, because everybody doesn't have a great day every day.

"Cricket is a game of failure sometimes. As a senior guy who has seen the ups and downs, you want to bring a calming effect."