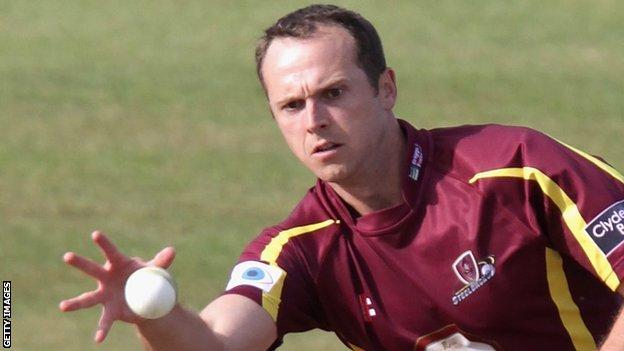 Northants bowler Lee Daggett says his side can be a force in the Friends Life t20 this season.

The Steelbacks have reached at least the quarter-finals in five of the last seven years but their Clydesdale Bank 40 season has yielded no wins so far.

"We'll reassess and have a chat about it, but write us off at your peril. We're going to be a good side in t20."

He added: "We've got a few days break after the last CB40 game and we've got a couple of matches we'll be playing between ourselves, and potentially some opposition, to prepare."

Before their T20 opener at home to Glamorgan Dragons on Thursday 14 June, Northants have a four-day match against Essex and a trip to Kent in the CB40.

The club have a lengthy injury list, and Daggett says the schedule has been punishing.

"With the list of injuries we have at the moment, [not playing Yorkshire in the CB40] meant we got that extra day's rest ahead of a big game against Essex.

"The injured guys are extremely frustrated. The physio is working so hard to get the guys on the pitch.

"It's been six or seven weeks of having a County Championship game and a one-day game a week, and you've got to train for one day a week as well.

"Injuries are going to happen. We've got some senior players sat on the sidelines and hopefully they'll be back soon."