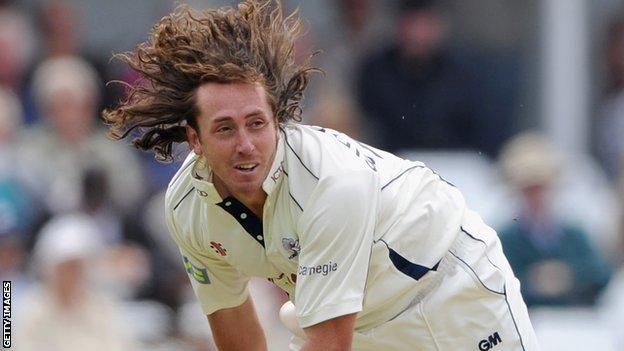 The 34-year-old, who is in his second spell at Headingley, has committed himself to the club until the end of the 2014 county season.

Born in Huddersfield, the left-armer returned to Yorkshire last summer after a spell with Notts and took 62 wickets.

He also played 25 one-dayers and 18 Twenty20 internationals - and was a member of the side which beat Australia in the final of the last ICC World Twenty20 in Barbados in May 2010.

News of his decision to extend his Yorkshire contract was confirmed on the opening day of their Championship game against Glamorgan at Colwyn Bay.

And he will now be hoping to help the Tykes regain their place in the top flight of the County Championship following relegation last summer.