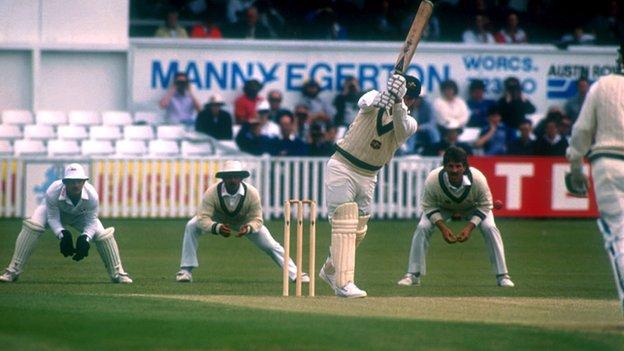 "I would think it would certainly be worth six figures to us," said Price.

Price believes Worcestershire have been awarded the Ashes curtain-raiser as a reward for the hard work put in since the potentially disastrous flooding at New Road five years ago.

"Since our flood in 2007 we have obviously had to sort ourselves financially and in every other way," he told BBC Hereford and Worcester.

"The England and Wales Cricket Board are absolutely delighted with what we have done as a club and have set us up as a shining example to the other counties.

"Gordon Hollins, who is the managing director for county cricket at the ECB, visited us the other day and said we are in the top three counties in the country."

The Aussies at New Road

New Road traditionally used to be the starting point for Ashes tours, in the days when the Aussies were in England for almost five months and played all 17 first-class counties over the course of an entire summer.

But the 2013 tourists will not arrive until mid-June and could play as few as three county teams as part of a schedule that also involves five Tests, five one-day internationals and two Twenty20s.

The game at New Road will start on 2 July, the Aussies' second and final warm-up game before the first Test.

Worcestershire are aware that any county awarded a tour game can consider themselves lucky, assuming they then get an even break in terms of the weather.

And Price hopes the prospect of seeing Australia might encourage a few more to guarantee their seats by taking up membership.

"But obviously we can't charge the members as it is in the package.

"Of course, we hope a lot more people in the county will join as members and take advantage of coming to watch the Australians as part of their membership fee."