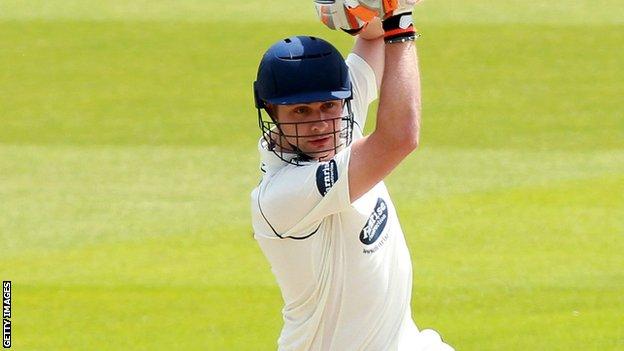 The Sharks, who reached the quarter-finals last season, open their campaign against Kent Spitfires on Tuesday.

He told BBC Sussex: "We've had a good Twenty20 record and the coaches and players are always wanting to improve.

"We've had a good start to the CB40 and have some young lads who will make a push for the side. Everybody is really looking forward to it."

The 27-year-old added: "The South Division is strong but you want as a good a standard as you can."

Wight, who has played 30 T20 internationals for England, has had three spells playing the shortest form of the game abroad in the past six months.

He represented the Melbourne Stars in Australia's Big Bash, scoring the fastest century in the competition's history.

The Grantham-born player also turned out for Impi in South Africa's MiWAY competition and played one game for Pune Warriors in the Indian Premier League.

"I've had a chance to go around the world and play.

"Whenever you travel around the world, you get different ideas and different ways of playing.

"As a professional sportsman, you want to play in front of big crowds and that's what Twenty20 brings."