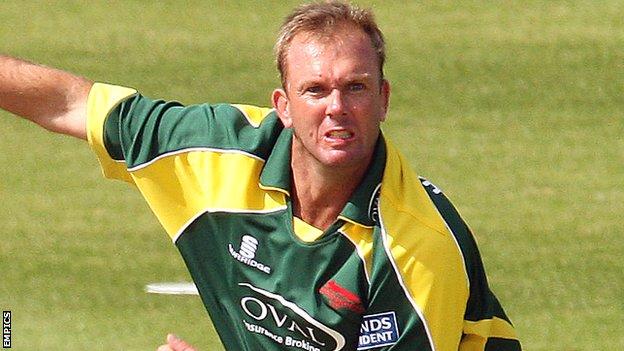 Henderson told the club's website: "It is like cat and mouse and you have a game of chess out in the middle.

"We'll work to develop relationships on the field because it's so important."

The 39-year-old believes that the partnership between wicketkeeper and bowler is key in T20 is crucial, and he will be looking to develop a new alliance this year after Nixon hung up his gloves last season.

Battling for the keeper's place in T20 this year are Paul Dixey and Ned Eckersley, with the latter set to be given the nod for Tuesday's opening game of the tournament against local rivals Nottinghamshire.

"I am used to seeing Nico [Paul Nixon] behind the stumps and he was very good for us over the years," added Henderson.

"Nico was a key figure but it is time for the younger lads to have their go now.

"He'll give us information like where he thinks the batsman is going to try to hit it because he is best placed to see the batsman's set up and the angles in the field."