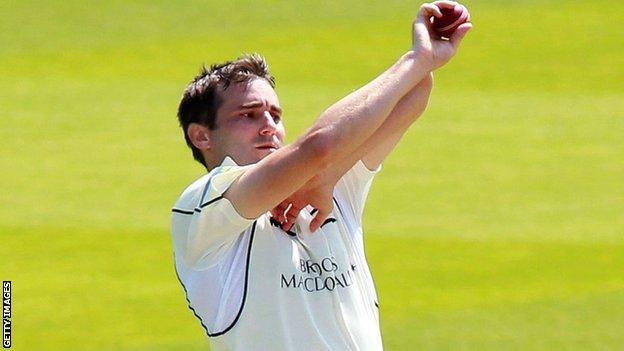 Tim Murtagh is set for his Ireland debut after being included in the 13-man squad for the one-day international against Australia on 23 June.

The 30-year-old Middlesex seamer, who was born in London, was granted Irish citizenship earlier this year.

Murtagh is a replacement for the injured Warwickshire quick Boyd Rankin.

"Tim's been bowling superbly for Middlesex so that will soften the blow of losing Boyd," said Ireland coach Phil Simmons.

Niall O'Brien is recalled after missing out on the trip to the United Arab Emirates for the World Twenty20 qualifiers.

Captain William Porterfield is optimistic his side can upset the Australians at Stormont.

"Playing in front of your home fans gives all the players a great buzz, and with a capacity crowd behind us we'll be doing our level best to capture another Full-Member scalp," he said.