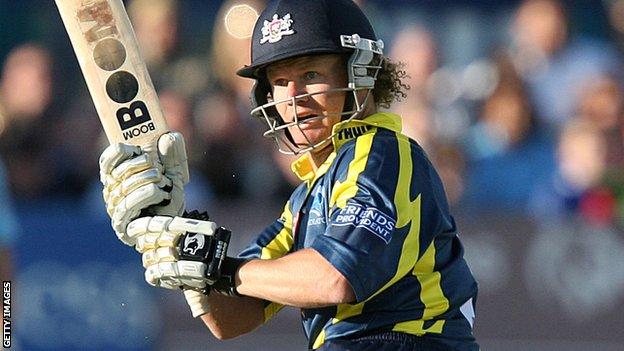 Batsman Hamish Marshall has been named as Gloucestershire's captain for their FL t20 campaign.

But director of cricket John Bracewell said making the change for the 20-over format would enable Gidman to "freshen up" during the season and allow the team could "hear a new voice".

"I haven't had a lot of (leadership) experience but I've been around other captains and learnt from them.

Marshall turned down a national contract with New Zealand so he could play for Gloucestershire as a Kolpak player in 2007-08.

"The players will hopefully have a bit of confidence in me."

Marshall has been with Gloucestershire since 2006 and has played 77 T20 games during in his career.

The county have brought a number of young players into the first-team squad in the past two or three years and Marshall said he was looking forward to influencing them on the field.

"It is a young squad and that excites me too because youth can go about their business without any fear," he added.

"We're hoping that will be the case throughout the Twenty20.

"The players are keen to try new things and hopefully they'll take that forward in to the games."