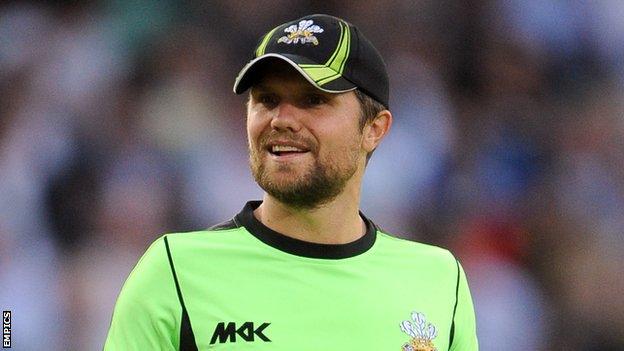 Surrey fast bowler Dirk Nannes believes an extra year of experience for their young players will help the squad in their FL t20 campaign.

The Lions failed to make it past the group stage last season.

"An extra year of cricket under their belts, for what is largely the same side, will hold us in good stead in winning those crucial games."

The left-armer added: "For example, when we were batting it was making a wrong decision outside the scope of your skills and likewise with the ball.

The Australian believes victory in CB40 competition last season will also help boost the confidence of the squad.

"To know you're the best team in the country in one of the short formats is a pretty massive deal," Nannes continued.

"They've probably now got the confidence and knowing each other's game is also going to help a lot. It's a pretty good side from top to bottom."

He sees his role as adding experience to the side and picking up wickets at crucial stages of games.

"It's about trying to come out and get a couple of wickets up top, keep it tight and then trying to strangle the end of an innings," he said.

"It's pretty much the same role I've played in every game. I'm very comfortable here and I enjoy my cricket. I think my form has something to do with what is around me."

Surrey begin their campaign at home to Essex Eagles on Wednesday.