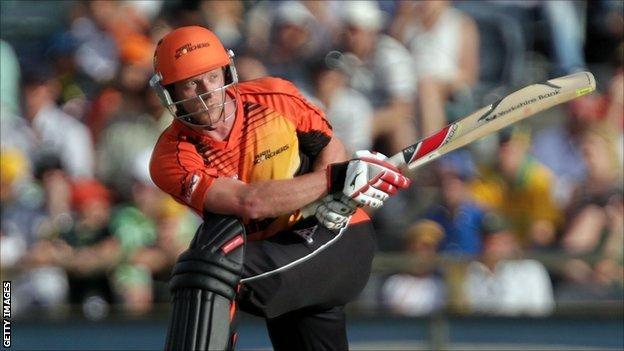 A statement on the county's website read: "Following an MRI scan on Monday, Durham CCC can confirm that Paul Collingwood has suffered an undisplaced fracture of his second metacarpal.

"It is anticipated the recovery time for this injury is four to five weeks."

The injury is a major setback for the 36-year-old, who played 68 Test matches for England and skippered them to victory in the 2010 World Twenty20 competition.

He struggled for runs at the start of the season but a recent half century against Lancashire and scores of 43 and 29 not out against Warwickshire hinted at a return to form.