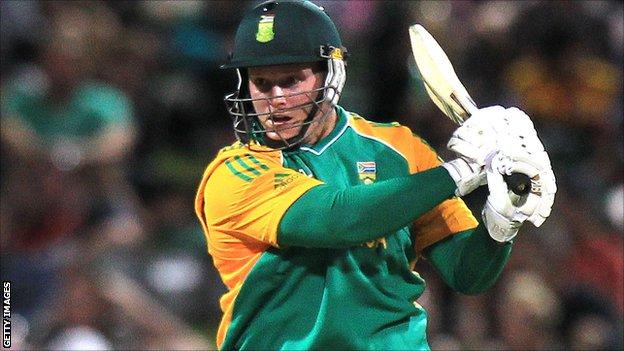 struck four sixes in his 34-ball knock and was ably supported by Albie Morkel (38) as the home side reached 191-6 from 20 overs.

Despite being without injured captain Marcus Trescothick, Somerset started positively after being put into bat.

Levi, who was making his first appearance for Somerset, and Craig Kieswetter (20) took advantage of the early fielding restrictions, while Levi's South African international team-mate Morkel added extra impetus in the middle of the innings.

Chris Woakes (2-25) helped to stem the flow of runs, dismissing Kieswetter and Peter Trego in his four overs.

But Somerset's tempo slowed in the latter stages and they were disappointed not to post a total in excess of 200.

In reply, an opening stand of 40 between Chopra and Laurie Evans (17) gave Warwickshire a good platform in their run chase.

But after Evans's departure, they soon lost Will Porterfield and Darren Maddy in successive balls to leg-spinner Waller, who later bowled Rikki Clarke and had Chris Woakes caught at mid-wicket to finish with career-best figures from his four overs.

Steffan Piolet (26 not out) and Richard Johnson put on 33 for the eighth wicket but it proved to be in a losing cause, as Thomas and Morkel shared the final three wickets of the innings to secure a comfortable victory for the hosts.