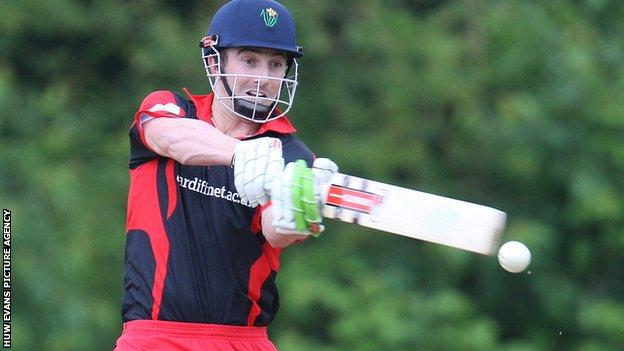 Glamorgan have named a 14-man squad for their opening Friends Life T20 clash against Northants at Northampton on Thursday.

Australia one-day specialist Shaun Marsh will make his full debut at the top of the innings.

Jim Allenby will lead the Dragons with high hopes that the side's strong batting line-up will click.

As well as Marsh, Glamorgan have their main overseas star Marcus North and Martin van Jaarsveld in the top five.

Marsh figured in Glamorgan's T20 warm-up game against a Swalec Premier League XI which the county won by 83 runs at Cardiff Cricket Club on Tuesday. He made 43 from 31 balls.

Big-hitter Chris Cooke is out with a back injury so Ben Wright is named in the squad alongside second team batsman David Lloyd but all-rounder Graham Wagg (ankle) is injured.