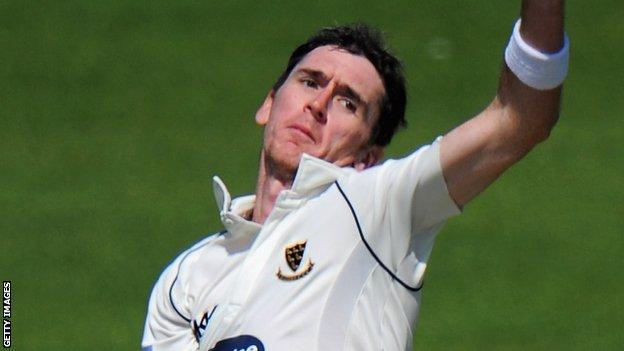 Sussex must come to an agreement with Australian side Queensland if they wish to retain the services of seam bowler Steve Magoffin.

The 32-year-old has taken 24 County Championship wickets during his seven-game spell with the Hove outfit.

Coach Mark Robinson told BBC Sussex: "He's been everything we want from an overseas player. We'd like him to stay.

"But Queensland are worried about his workload. It's whether we can come to some type of agreement."

He added: "It will be a real shame if we lose him."

Magoffin, who took figures of 9-55 on his debut against Lancashire in April, says the matter is out of his hands.

"Queensland want me back and there are a few things to work out for that to change," Magoffin said. "It's in the hands of Sussex at the moment.

"I'll be heading back to Queensland in a few weeks time to have pre-season.

"They have to make a few decisions so we'll wait and see."