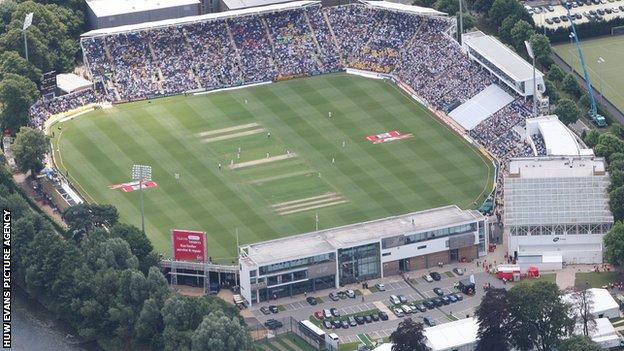 A record-breaking crowd of around 13,000 is expected at Cardiff on Sunday for the Welsh Dragons' Friends Life T20 match against Warwickshire.

A ticket campaign means the county could beat their previous record of 9,300 for a domestic match in Wales.

The Dragons' opening game at Northamptonshire on Thursday was a wash-out with only 9.3 overs possible.

"We have put a massive impetus on playing well at home and getting a good crowd in," said captain Jim Allenby.

"The club and Swalec have done a great job to get 12,500-13,000 tickets sold and we need to play a good game and try and get most of those people back again.

Glamorgan are particularly keen to do well in the T20 as the Swalec Stadium is staging the Finals Day on 25 August.

The county have reached only one Finals Day when they were losing semi-finalists at Edgbaston in 2004.

Australian batsmen Shaun Marsh and Marcus North and veteran South African Martin van Jaarsveld have been recruited to enhance their hopes of success.

While the Dragons had their first match abandoned because of rain, the Bears lost their opening game, going down by 63 runs at Somerset.