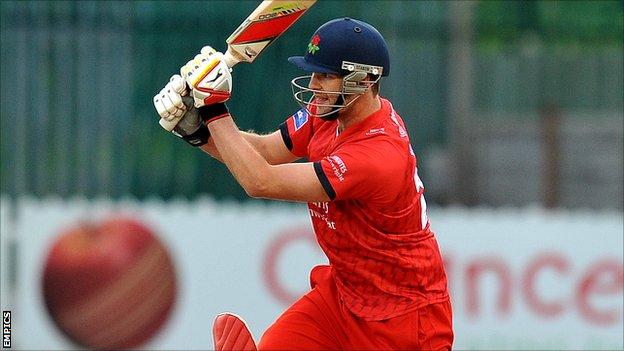 Lancashire coach Peter Moores expects Tom Smith to have a big impact on the FL t20 after he returned from injury in the loss at Derbyshire on Thursday.

"He's important for us in T20 because he opens the batting and he's opened the bowling for us. He's a key player."

Smith, 26, during the County Championship match with Nottinghamshire at the start of May.

"We've taken our time getting him back because, last time he came back, he had a recurrence of the hamstring injury," said Moores.

"He's had four second-team T20 matches in the last week so he's had a good run-out and he's ready to go.

"He's playing pretty well as well so he's going to enjoy the tournament and enjoy being back on the park."

Ajmal Shahzad missed the rain-affected game at Derby because of a stomach strain, but could feature in Friday's match away at reigning champions Leicestershire.