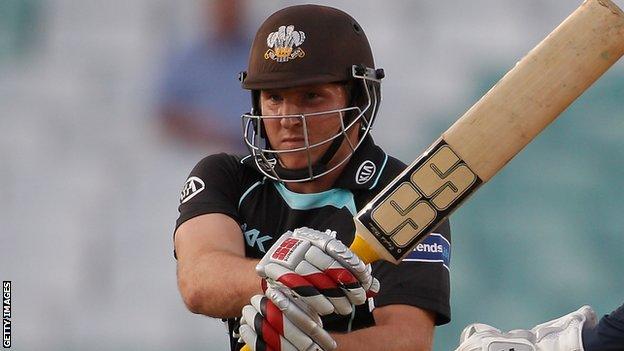 Surrey batsman Gary Wilson believes the side must continue their flying start to the FL t20 competition.

The Lions, who failed to progress from the group stage last year, have picked up wins over Essex and Middlesex.

The 26-year-old told BBC London 94.9: "It's a great effort to be two from two in the competition.

"We've got two huge games now in Kent and Hampshire. If we can go four from four we'll be laughing at the top of the group."

Wilson played a large role in Surrey's victory over Middlesex on Thursday, putting on a record-equalling stand of 117 for the fifth wicket with Matthew Spriegel.

"I didn't realise it was a record - it's nice to have," Wilson continued.

"When you rebuild in T20 it's important to take your time whilst keeping the game moving a little bit.

"I enjoy batting with Matt whenever I can and we know each other's games well, and how to talk to each other when things aren't going so well."