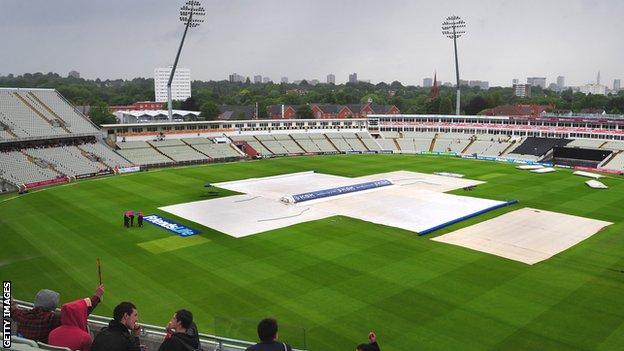 No play was possible in the FL t20 encounter between Warwickshire and Worcestershire because of rain.

Heavy overnight rain was followed by showers in the afternoon which left pools of water on the outfield.

Umpires Nick Cook and Jeff Evans abandoned the match at 18:15 BST, just over an hour after the scheduled start.

Only a fifth of the expected 25,000 sell-out crowd had turned up after tickets had been distributed free as part of a promotion.

Warwickshire and Worcestershire take a point each from the game.