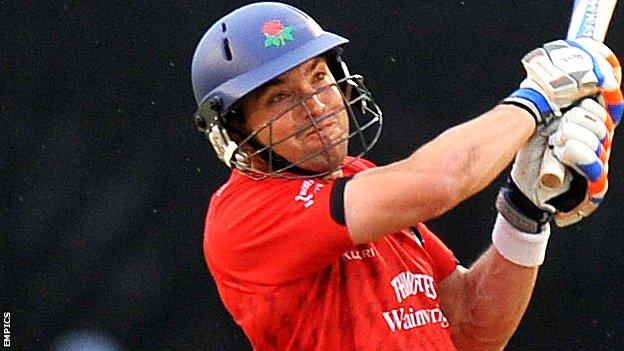 Rain delayed the scheduled start by 30 minutes but Moore wasted little time in smashing 58 off 44 balls.

The visitors then lost their way losing four wickets for 29 runs, before Yasir Arafat (20no) guided them to 154-6.

Leicestershire never got going in their reply and, despite 32 from Josh Cobb, slumped to 73-5 before falling short on 143-8 with Arafat taking 2-32.

Matthew Boyce (26) and Abdul Razzaq (36) did put on 46 for the sixth wicket for Leicestershire but it was to no avail.

The hosts also lost their on Tuesday, while in a rain-affected match on Thursday night.